Becker’s Hospital Review, a health system management publication, recently published the results of a study done by Sam Smith, MD and Lynette Philips RN of Medstar as well as a team of PeriGen clinical researchers that highlights the impact of process improvement on obstetric outcomes.

The study examined ten years of data on 78,459 births at Medstar, a health system serving Maryland. Data on cesarean rates, NICU transfers, and the use of fetal resuscitation was examined before and after the introduction of a large-scale process improvement program that included the introduction of PeriGen’s decision support software tools. 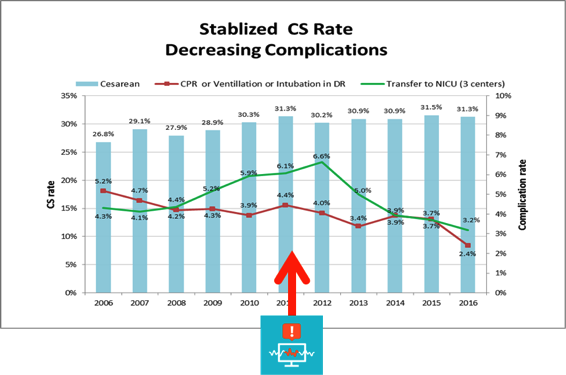