The “cat’s whiskers” behind a

No, we have not taken to caring for cats or declining Latin verbs. Yes, we are “over the top” on the concepts behind these acronyms and their contributions to obstetrical safety. MEWS1,MEWT2, MEOWS3 refer to examples of Maternal Early Warning Systems that operate in addition to usual clinical care. They have been proposed to facilitate timely recognition, diagnosis and treatment of patients developing critical illness. This assistance is relevant today because delayed recognition and intervention remain contributory factors in about half of births with maternal deaths or neonatal encephalopathy.4, 5

MEWS, MEWT and MEOWS are scoring systems based on a short checklist of key criteria, 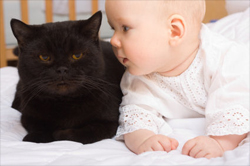 primarily vital signs. Some variants add factors such as persistence, level of consciousness, urine output, lab tests or fetal condition. Some use color coding or weighting for different levels of abnormality. Important characteristics of successful warning systems are:

We are still learning the impact of Early Warning Systems in obstetrics and how to optimize them to improve efficiency. Nursing effort and alarm fatigue are important considerations.

But wait…. software could reduce that nursing effort by using information already recorded in the electronic medical record. In addition it could track how often and how early a particular trigger appears. We could use statistical techniques to determine exactly what clusters of parameters are most useful.

Stay tuned … the best is yet to come. Look for more information on this topic later this year.