In God We Trust, The Rest Bring Data 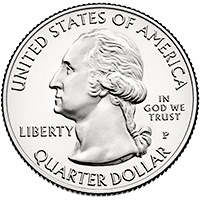 The father of the modern quality management, W Edwards Deming said “In God We Trust, the Rest Bring Data”. To this we add “and pair it with common sense and clinical experience”.   A recent publication on complications related to long labor emphasizes the importance of checking data and applying clinical common sense.

Between 2002 and 2010 abundant evidence became available that cervical dilation in labor generally follows a gentle exponential curve rather than the sigmoid curve of Friedman with an angular point of inflection around 3-4 cm.  Inspired by this work,   SMFM and ACOG produced a consensus statement in 2014, on the Safe Prevention of Cesarean Delivery (CD).1 The statement included the following requirements for first stage arrest:

But exactly what was the evidence on the safety of vaginal delivery in nullipara women after an initial diagnosis of an arrest of dilation and continued augmentation?  The supporting evidence included a total of 519 such nullipara.  None of these studies required a dilation of ≥ 6 cm to define arrest.   No study was randomized. In each study physicians were encouraged to follow guidelines re prolonged observation/augmentation but clinicians could apply clinical judgment and make exceptions, selecting some for cesarean and leaving others for longer labors.  Meticulous selection in one setting can produce quite different results from widespread usage under different circumstances. An arrested dilation at 3 cm for 4 hours with incomplete effacement is far different from an arrest of dilation at 8 cm for 4 hours with poor descent.

To examine the effects of new labor management guidelines Rosenbloom et al reported a retrospective analysis of delivery patterns from 2010 to 2014, in 7845 term singleton births with vertex presentation in a large teaching hospital.2  Results raise red flags. Here is a brief summary of the data which appeared this October in the American Journal of Obstetrics and Gynecology.

What behaviors changed?  Clinicians waited longer before resorting to CD for labor disorders

What happened to outcomes? Composite maternal and neonatal outcomes worsened

In other words the desired reduction in cesarean rates did not occur and patient safety actually diminished.

Claiming safety of a specific management guideline is risky when based on a small amount of data collected under one set of conditions and applied to different circumstances.  In addition, basic pass-fail criteria like hours of arrest in late labor are overly simplistic methods for assessing for a complex process like labor. Not only is the spectrum of abnormality and risk more nuanced that the presence or absence of dilation arrest but also the causes of failure to dilate can range from normal to abnormal.

The old adage “Consider – power, passage and passenger” remains apt. To all of our clients using PeriGen Curve module, you have a statistical method that considers multiple factors at each exam and ranks labor progression in percentiles.   You also have our commitment to continue to examine relevant   data concerning this important and fascinating topic.