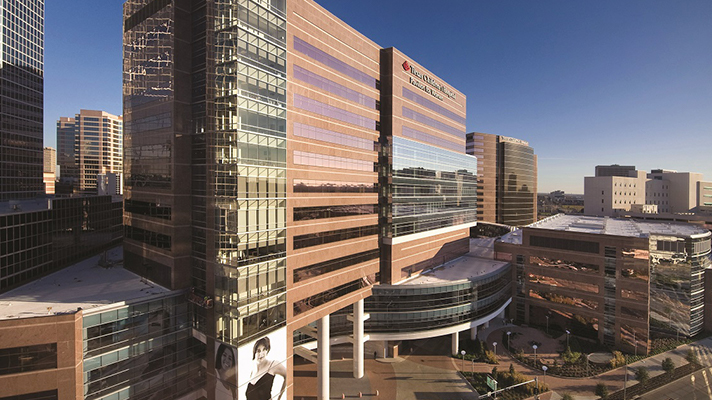 Much has been reported in the media about the maternal mortality crisis in the United States. The U.S. has the highest maternal death rate among the world’s developed nations – 26 per 100,000 live births.

While maternal mortality rates are decreasing in other developed countries such as Germany, France, England, Japan and Canada, it’s steadily climbing in the United States. Two women die every single day during childbirth in the United States. Further, about 137 women per day – 50,000 per year – suffer severe complications or life-threatening injuries.

One of the most disturbing things about these numbers is that the best estimates are that up to half of these bad outcomes could be prevented, stated Baylor College of Medicine. In addition, when mom’s health is protected, so is the baby’s. Maternal and fetal mortality problems – and solutions – go hand in hand.

Baylor College of Medicine would use technology from PeriGen, a vendor of artificial intelligence-driven perinatal monitoring software, to improve maternal and fetal monitoring and lead to significantly better safety and improved outcomes.

Perinatal monitoring software is highly specialized and there are not many companies that develop it. In addition to PeriGen, some vendors that market the software include Clinical Computer Systems, GE Healthcare and Philips Healthcare.

“That is, in the realm of fetal evaluation during labor,” he explained. “Briefly put, the problem is that the rates of cesarean delivery, many performed for abnormal fetal heart rate abnormalities, continues to go up, yet the outcomes these cesareans were intended to prevent do not show a proportionate decline.” “We use AI as a backup to clinician interpretation.”

The technology uses AI as an adjunct to clinician interpretation of electronic fetal heart rate monitoring. This technology has been shown to accurately detect the types of patterns clinicians are watching for during labor, with relatively few false alarms and only very rare cases of false reassurance, Clark said.

“Thus, we use this as a backup to clinician interpretation,” he said. “The system will alarm when specific heart rate patterns indicating possible trouble are seen. Many centers then require an immediate bedside clinician response to such an alarm.

“This may decrease the rate of missed abnormal patterns, which can at times be subtle,” he explained. “The advantages of AI in this situation are obvious – the computer never sleeps, never gets tired and never gets distracted.”

One recent example: A woman was laboring at term. Subtle late decelerations appeared on the fetal heart rate tracing – these are generally bad and suggest lack of oxygen flow to the fetus, Clark explained.

“Due to ongoing simultaneous emergencies, the primary nurse responsible for this patient was tied up; however, the alarm was set off by the AI software, a different nurse went to the bedside and confirmed the abnormal tracing,” he recalled. “She notified the physician and prompt delivery resulted in a healthy infant.”

Newborn intensive care admission, low Apgar scores and the cesarean rate all were improved when the type of unambiguous metrics now used by this AI system were used, as opposed to a subjective analysis of whether the fetal heart rate “looks OK” or not, Clark explained. Apgar stands for appearance, pulse, grimace, activity and respiration.

“Electronic fetal heart rate monitoring improves neonatal outcomes when unambiguous definitions of abnormal fetal heart rate and tachysystole are coupled with specific interventions,” according to a research paper penned by Clark and others. “Utilization of a checklist for oxytocin monitoring is associated with improved neonatal outcomes and a reduction in the cesarean delivery rate.”

Tachysystole is rapid beating of the heart, conventionally applied to rate over 100 beats per minute. Oxytocin is a hormone released by the pituitary gland that causes increased contraction of the uterus during labor and stimulates the ejection of milk into the ducts of the breasts.

Clark offers this advice for peers considering using similar technology: “What peer reviewed reports exist to support the system’s accuracy, and is it automatic or dependent on a human to enter the data being assessed?”