How to Reduce Exposure to Obstetric Megaverdicts with AI-Driven Technology 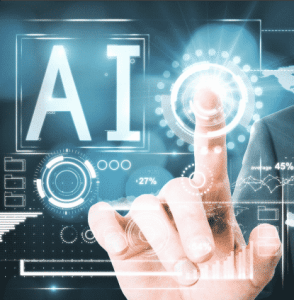 Inside Medical Liability | By: Dr. Alana McGolrick, DNP, RNC-OB, C-EFM and Matthew Sappern, CEO | September 2018: A Florida family was awarded $33.8 million in a medical professional liability (MPL) lawsuit after a judge ruled that the physician had ignored a baby’s low heart rate during delivery, which led to permanent brain damage. In New Mexico, a mother and child were awarded $73.2 million in a suit filed after several errors in patient management during a delivery that left the newborn boy with brain damage and other lifelong injuries.

A $24.7 million judgment awarded in a lawsuit in Hawaii involved a safe delivery of the baby, but the medical center’s care team allegedly disregarded the mother’s physiological abnormalities during delivery and afterwards, leading to sepsis and eventual removal of both kidneys. Similarly, a 31 -year-old New Jersey woman was able to give birth, but her high blood pressure was left untreated during delivery and progressed into a liver disorder that caused fatal seizures. The mother’s family agreed to a $4 million settlement from the hospital and obstetrics/gynecology.

Part of the answer to reducing untoward outcomes during childbirth lies in leveraging available health IT tools, especially artificial intelligence (AI)-driven technology solutions, during labor and delivery. At first glance, AI may seem like a novel, faroff concept. Yet, in reality, AI is here and now. Amazon’s Alexa, Apple’s Siri and Watch operating system, and driverassistance technologies in many automakers’ newer vehicles are just a few examples of how AI has been integrated into our daily lives.

Inside hospitals and health systems is no different. AI algorithms embedded in information technology platforms help nurses, physicians, and other clinicians make safe and effective patient care decisions for individuals and populations that decrease MPL and improve patient outcomes. These systems analyze massive amounts of data in seconds, offer insights on trends, and predict outcomes.

Proven and reliable AI-powered technology, however, has not been as widely adopted as it should be across healthcare organizations. Labor and delivery (L&D) units, for example, are in need of decision -support tools that support safe deliveries and help avoid the errors that lead to MPL litigation.

As MPL experts are keenly aware, obstetrics-gynecology physicians face one of the highest rates of MPL claims, if not the highest, among all specialties. This unfortunate distinction is likely exacerbated by the fact that the U.S. has the highest maternal death rate in the developed world, and one that has steadily risen since 1987, according to the most recent data from the Centers for Disease Control and Prevention. Add that concerning trend to increasingly medically complex patients, the nation’s aging and retiring nursing workforce, onerous electronic health record (EHR) charting demands, antiquated fetal monitoring systems in some L&D units, and it seems clear the risks to mother and baby will only continue to escalate.

AI-powered electronic fetal monitoring (EFM) and decision support technology can significantly mitigate these risks, while providing nurses and other clinicians a realtime early-warning system that can identify abnormalities and ensure safe deliveries. By offering “a second set of eyes” for any nurse rounding the L&D unit, AI-powered EFM is an essential tool for healthcare organizations to enable them to meet their patient-safety and care-quality goals.

The perfect storm in L&D

Maternal mortality rates are decreasing in other developed countries such as Germany, France, England, Japan, and Canada, but they are steadily climbing in the U.S.

Several factors are contributing to this troubling statistic. One of the most significant trends is that the profile of a typical new mother in the U.S. has changed drastically in recent decades. In 1970, for example, the average age of a first-time mother was 21.4 years, but that number had risen to 26.3 years in 2014. Likewise, only 2.1% of first-time mothers were aged 35 to 39 years in 1970, compared to 11% in 2012.

These steadily aging mothers often have other comorbid conditions such as obesity, hypertension, and heart disease, which further increase their risks. In fact, the top cause of pregnancy-related death from 2011 to 2014 was cardiovascular diseases.

A third concerning trend in risk management for healthcare organizations’ L&D units is that 55% of registered nurses are aged 50 or older, and more than 1 million RNs are expected to reach retirement age within the next 10 years. As these nurses retire, a shortage of RNs is expected. By 2030, high-population states such as California, Texas, and New Jersey are expected to need thousands of nurses. Similar shortages of licensed practical nurses (LPNs) are also expected that year in nearly every state, but particularly Texas, Pennsylvania, New Hampshire, Maryland, and Georgia.

Newly educated and trained nurses could fill these vacant positions, but they would lack the experience and assessment skills of their more seasoned colleagues. In addition, today’s nurses spend as much as 35% of their time charting in EHRs and just 7% on patient care at the bedside.

So, a more complex patient, combined with overburdened, inexperienced nurses, poses considerable health and safety risks to mother and baby. Although L&D nurses are supported by a physician throughout the delivery, they are responsible for the bedside management and consistent review of fetal monitoring data.

Unfortunately, in some health systems, fetal monitoring reporting is still paperbased and requires the nurse to periodically scan a strip of paper several feet long to identify physiological abnormalities. This often-subjective process must be combined with the nurse’s assessment of the mother’s comorbidities and data from other monitoring equipment.

Most health systems have upgraded to EFM devices, but most simply convert the paper-based reporting to an electronic image. While offering unlimited and convenient data storage, these typical legacy EFM systems present no automated analytical or predictive insight into the baby or mother that can help guide safer or more effective clinical decisions.

Advanced AI-powered EFM, however, offers the push-button convenience of electronic reporting and access, and it also notifies clinicians about patients whose conditions are worsening. These early-warning systems, shown to be highly effective in research, continuously analyze fetal heart rate, contractions, and labor progression, and also provide maternal vital sign alerts. Notification thresholds can be configured by each organization, and the actual alerts appear on the department census board.

Such early warnings support inexperienced nurses who may be unable to rapidly identify physiological abnormalities and intervene. The technology offers realtime, easily interpreted insight for a rapid response, including contacting the physician for a consult. Further supporting safety and reducing risk, physicians can view patient and fetal data from the AIpowered technology from anywhere, so the intervention is not delayed and the safety of mother and baby is protected.

Healthcare organizations that have implemented AI-powered EFM are already experiencing improvements in safety and liability reduction. One pilot study at six of 29 hospitals in a large health system assessed how a maternal early-warning tool affected the four most common areas of maternal morbidity: sepsis, cardiopulmonary dysfunction, preeclampsia/ hypertension, and hemorrhage. Researchers found that the system resulted in significant reductions in severe maternal morbidity and composite morbidity, while the non-pilot-study hospital outcomes were unchanged.

Similarly, research by MedStar Health, a Maryland-based health system, found that using AI-powered decision support technology over a 10-year period resulted in a 54% reduction in the use of cardiopulmonary resuscitation, assisted ventilation, or intubation; a 52% decline in unanticipated neonatal intensive care unit transfers; and stabilized Cesarean rates.

Further reducing MedStar’s risk is that its technology automatically captures data in its EHR using the industry standard National Institute of Child Health and Human Development (NICHD) terminology. This means that, for any legal inquiry or action, there will be a comprehensive, verifiable record that is easily retrieved, unlike with paper fetal strips that can be damaged or lost. Performance reviews or safety audits are also much more advantageous to organizations with a complete, integrated record of the care episodes.

Whether she is having her first or fifth child, the average American mother is changing. She is older and often has multiple chronic conditions, all of which pose risks to herself and the baby. More nurses, however, will lack the experience to manage these increasingly complex patients or recognize abnormalities that require immediate intervention. Care teams failing to respond, or intervening too late, can potentially lead to harm of the baby or mother.