In collaboration with PeriGen, Texas Children’s Pavilion for Women is deploying the PeriWatch Vigilance automated early warning system in a hospital in Malawi, Africa. The system continuously tracks maternal and fetal data to prevent complications and deaths during childbirth. 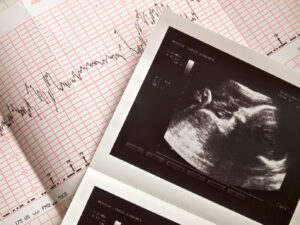 A U.S.-based children’s hospital and software solutions firm are joining forces to implement technology focused on enhancing care for mothers and babies in Africa.

America’s own dismal record on maternal health pales in comparison to what is occurring in developing nations, said Matt Sappern, CEO of Cary, North Carolina-based PeriGen, in an email.

To help combat these poor outcomes, Texas Children’s Pavilion for Women and PeriGen are deploying the PeriWatch Vigilance automated early warning system and clinical decision support tool at Area 25 hospital in Lilongwe, Malawi. The hospital reports more than 7,000 deliveries per year, which is similar to the volume at Texas Children’s Pavilion for Women.

“PeriWatch Vigilance can track vital information for hundreds of patients at a time, across multiple hospital sites,” Sappern said. “Using artificial intelligence and other analytical techniques, it continuously monitors maternal vital signs, fetal heart rate, contractions and labor progression, providing results graphically and with percentiles. Because of this continuous monitoring, it can detect abnormalities during labor and immediately notify clinicians.”

Second-and third-hand fetal monitors, some acquired off of eBay, will be hooked up to patients’ bedsides in Malawi, he explained. Using basic networking technology available locally in the country, fetal and maternal data will be captured at the bedside and transmitted to a server in Houston running PeriGen’s AI analytics. The assessments will then be relayed back to the bedside in Malawi in seconds.

The system’s deployment in Malawi is the first implementation of this technology on the continent, said Dr. Jeff Wilkinson, vice chair of global women’s health at Texas Children’s, in an email. The goal is to eliminate preventable stillbirth, neonatal morbidity and mortality in low-resource settings.

“Despite numerous interventions to decrease the rates of stillbirth and early neonatal death, these tragic events remained unacceptably high [in Malawi],” Wilkinson said. “Imagine if in the United States, 3% of babies did not survive around the time of birth. There would be a great outcry from the public and society, which would be entirely understandable.”