By Matthew Sappern, PeriGen CEO – As published in  Becker’s Health IT & CIO Report 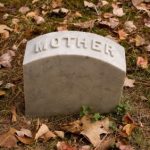 Together We Can Help Save Mothers

Everyone, especially healthcare leaders and caregivers, should be acutely concerned about the appalling statistics regarding maternal mortality and morbidity in the United States.

Recent reports in mainstream media outlets such as CBS, USA Today and NPR are shining a light on what to date has been a slow-burning public health crisis.

A report in Obstetrics & Gynecology shows that in the United States, the number of maternal deaths in this century increased from nearly 19 in 100,000 live births in 2000 to 26 in 2015. This translates to roughly 700 to 900 maternal deaths each year, of which at least half are considered preventable. At least half.

Labor and delivery presents a difficult conundrum to many hospital administrators. It is a critical service line to maintain as a public service, a census builder, and the gateway to pediatrics. However, administrations are hamstrung by low reimbursement, exceptionally high malpractice risk, and a lengthy training period for nurses to be considered tenured in this specialty.

Without new approaches, this trajectory will continue
There are many contributing factors to our dismal performance. Two of the biggest are: the rising rate of problematic co-morbidities in the United States, especially obesity, hypertension and diabetes; and the rate of oxytocin use to induce labor—which, while effective, represents specific risk factors that need to be closely managed. In addition, the large numbers of retiring nurses will lead to significant nurse shortages and less experienced nurses in the Labor & Delivery (L&D) unit, according to the American Nursing Association.

The United States has some of the best trained nurses in the world; rarely is a bad outcome in childbirth related to a poorly trained nurse. Increasingly, however, not enough staff are present to safely manage the patient load, especially when manual interpretation of data is required. And, like every other service line, the omnipresent issue of alarm fatigue from a variety of devices often means important alerts go unheeded. This is why the vast majority of preventable bad outcomes in childbirth relate to a failure to promptly recognize a clinical warning sign. More than ever before, it is urgent to consider how innovation in healthcare—including healthcare IT—can help counter this trend.

Institutionalizing early warning systems
One powerful approach is to deploy maternal-fetal Early Warning Systems (EWS). To date, 21 obstetric societies have endorsed the use of maternal EWS to combat the high rate of mortality in the United States, as part of the National Partnership for Maternal Safety. The use of EWS in obstetrics has been associated with improved compliance related to treatment, with prompt use of medications and protocols known to prevent maternal complications and death associated with the most comment causes of maternal mortality and morbidity. These systems can include unwieldy laminated card checklists that nurses must pull out to assess each patient at prescribed time periods, or EMR modules that use a linear rules-based approach to automate analysis of nursing documentation. These are all steps in the right direction, but they are baby steps at best, given the technology solutions that are now available—with the most powerful of these driven by artificial intelligence (AI).

Amazon recommendations, credit card fraud warnings and Spotify playlists are just a few examples of how AI technology has become ubiquitous in our society today. Airlines even use “smart” computer systems to identify problems and alert pilots promptly about potential emerging issues. AI identifies patterns not immediately obvious to humans so that interventions can occur before they become a problem. They are not dependent on a mass of individuals interpreting something in exactly the same way at exactly the right time.

In the healthcare arena, specifically childbirth, these systems can be taught to scan data—such as fetal heart rate signals, contractions and vital signs—in real time to identify concerning trends in a timely, standardized and consistent fashion. That way, when a nurse is helping a colleague, engaging directly with a patient, documenting in the EMR, or dealing with a myriad of potential distractions, timely recognition and communication of a concerning trend is virtually guaranteed.

Leveraging AI within an EWS is a concrete way to significantly decrease the number of preventable bad outcomes for both mother and baby. In fact, in a study published in Becker’s Hospital Review of 78,000+ singleton births at MedStar Health, a patient safety program that included the use of an automated EWS resulted in significantly lower unanticipated neonatal intensive care unit (NICU) admissions, fewer newborn resuscitations, controlled cesarean rates, and a reduction in the proportion of malpractice complaints and awards coming from the obstetrics unit.

Making it happen
The technology and knowledge to create an effective, automated EWS already exists and should be part of every L&D department. Yet while a recent survey showed that 62 percent of L&D management is already aware of research on the impact of an EWS, only 25 percent have implemented one. The survey also showed that a full 50 percent of respondents aren’t even considering it yet; the rest say they are “investigating” it. As an industry, this is a decision that can’t wait. L&D needs the attention and resources NOW to make a meaningful impact and provide the public with the services they deserve. The tools and technology are here. All we need is the will.