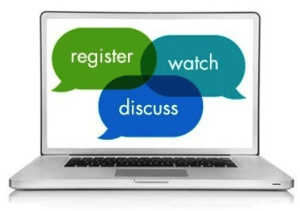 The following is this week’s excerpt from The Physiology of EFM.  Hear author Emily Hamilton review the entire contents of this white paper during the free online training webinar designed for labor & delivery clinicians on March 16th (Noon – 12:30 PM ET).

Current clinical guidelines that classify tracings rely heavily on reduced baseline heart rate variability as an indicator of significant acidosis and/or need for intervention.6-12 Minimal variability, especially when it persists and is accompanied by decelerations, is associated with marked acidemia, low Apgar scores and hypoxic injury.

Minimal variability, especially when it persists and is accompanied by decelerations, is associated with marked acidemia, low Apgar scores and hypoxic injury.

Marked variability may be a sign of activation of compensatory pathways.

The association between variability and metabolic acidosis is less clear. This is important because all contemporary EFM classification methods place high reliance upon baseline fetal heart rate variability to exclude the presence of metabolic acidosis.6-12 The 2008 NICHD Update publication in which the Category I, II, III classification method was first described includes a statement that “moderate variability reliably predicts the absence of metabolic acidemia at the time that it is observed.”6 This concept was softened in the 2009 ACOG Practice Bulletin 106 with the statement “The data relating FHR variability to clinical outcomes, however, are sparse.”7 This practice bulletin endorsed the 3-level categorization of tracings where the third level required absent baseline variability.

The 2010 ACOG Practice Bulletin 116 presented a clinical management algorithm with high reliance on moderate variability.8 In this management algorithm, the recommendations for tracings in Category 2 were continued surveillance and intrauterine resuscitation measures, as long as there was moderate variability. Only a failure to respond to intrauterine resuscitative measures in the presence of absent or minimal variability lead to the recommendation of “consideration of delivery” for Category II tracings.

There is a growing body of literature that does not support the statement that moderate variability reliably excludes the presence of metabolic acidemia.

In animal studies, vascular instrumentation allows for blood gas measurement at any specific time to be correlated with the coexisting fetal heart rate features. Martin demonstrated that in sheep the initial fetal heart rate response to sudden hypoxemia was a slowing of the heart rate with increased variability.1 Others observed similar changes in sheep and in monkeys.16-18 Field et al found initial decreases in heart rate variability with iliac occlusion in sheep, but variability returned to normal by 36 minutes despite worsening metabolic acidosis.19 These observations of normal variability in the face of acidemia led researchers to postulate that some aspect of variability control could be different in animals compared to humans.

In the human literature, four recent and independent studies using various definitions of acidosis and examining the last 30-60 minutes of the tracing reported that the percentage of babies with acidosis who had moderate variability ranged from 15% to 91%.20-23 Even with near lethal levels of uterine artery base deficit (>=16 mmol/L), a full 15 to 32% of these babies had moderate baseline variability in the tracing recorded just before birth.20, 21 Another study examined baseline variability in term babies who required supplemental oxygen for more than 6 hours or mechanical ventilation.24 In this study, marked variability in the last 30 minutes was significantly associated with these respiratory morbidities. Minimal variability was not. This finding is in keeping with other direct observations on the correlation between increased heart rate variability and catecholamines concentration on non-acidotic term fetuses.25 It appears that marked variability may be a sign of activation of compensatory pathways.